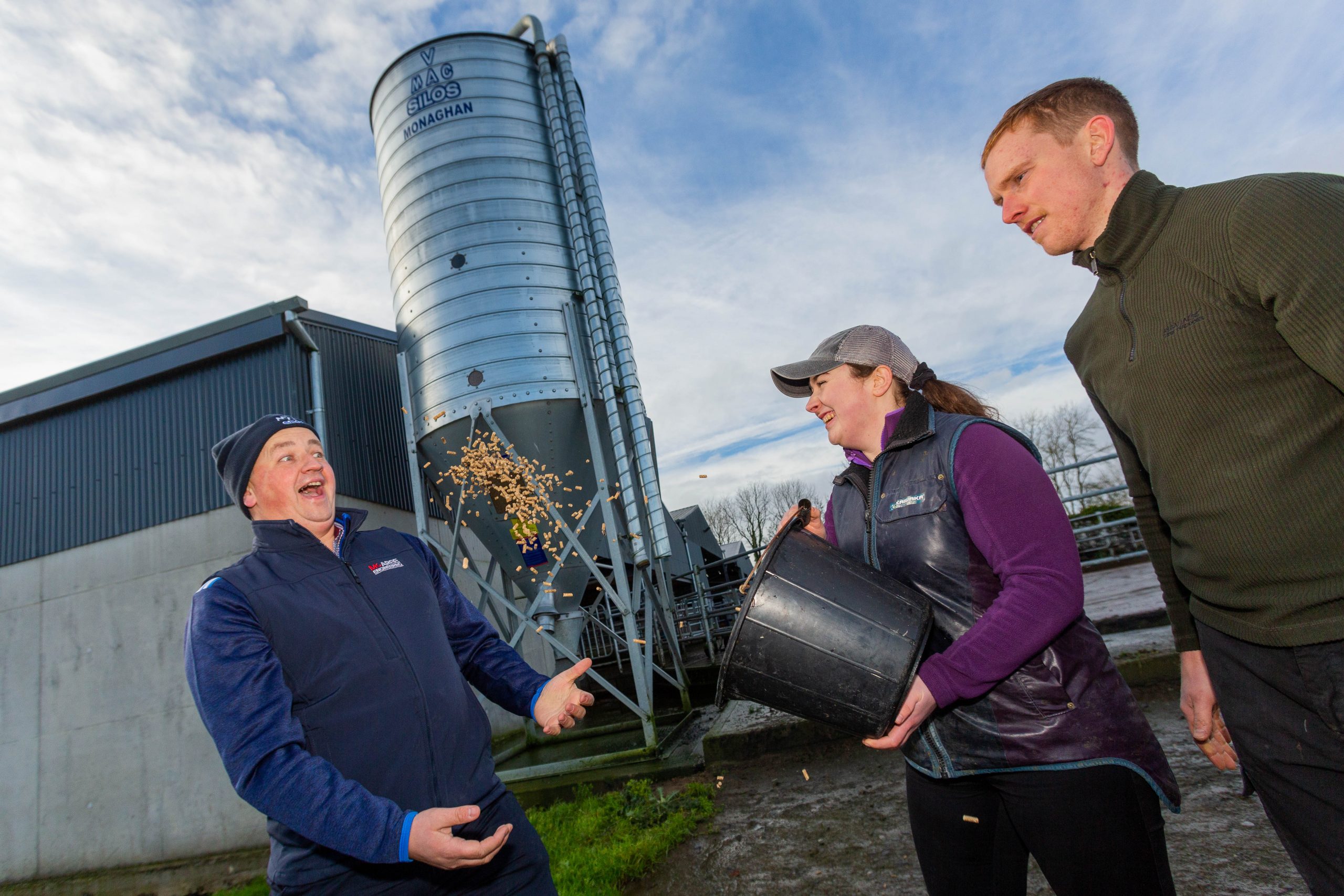 Maria & Padraig Keane are a young couple who have taken over the family farm at Ballywilliam, Kilcormac, Co. Offaly. Maria is from Askeaton in West Limerick. They met in August 2015 at a festival in Roscrea and got married in August 2018. Both of them have been working on the farm full time since then.

After finishing his Ag Science degree in UCD and spending time milking cows in both New Zealand and Ireland, Pádraig converted the Keane suckler herd into a dairy enterprise in 2013.

Maria has a postgrad in Accounting from the University of Limerick. She says, “Pádraig loves grass, I love financials, we both love cows   so we work well together as a team producing milk for Glanbia Plc.” They have a thirst for knowledge so they are both members of two farm discussion groups (Pasture Apprentices & West Offaly) and Jim Moyles is their valued Teagasc Dairy adviser.

Maria and Padraig are active on Social Media such as Facebook and Instagram with over 1,800 followers. They have a popular Facebook page Keane Farm Life and 3.62K subscribers on their YouTube video channel.  One of their popular videos “How Do We Decide Who’s Finished Milking?” has 16k views.

The family farm was originally purchased by Padraig’s parents (John and Gertrude) in the 90’s. It was originally a dry stock and tillage farm before becoming a suckler farm with Angus and Hereford stock.

Their spring calving herd is milk recorded and they operate a 10 week breeding season. Cows are milked in a 20 unit herringbone parlour, and they use an ACR system and lightweight clusters.  Milking takes 1.5 to two hours and it is usually a two person operation.

Cows are fed 0.6 to 1.2 tonnes of dairy nuts pa depending on grass growth and weather conditions. Their feed target is 0.5 tonnes/cow pa if they can produce more milk from grass.

Their current milking platform is 120 acres which is 50/50 owned /leased. The overall stocking rate is 2.5 livestock units per Ha. Cows on grass for around 280 days pa and are supplemented by Zero grazing from an out farm when grass is scarce during a drought or when grazing conditions are poor.

Padraig has built a new cubicle house and has installed excellent handling facilities for AI and hoof care. A robotic scraper is used to clean the cubicle house. They make great use of local agri contracting services and their baled silage is made by John Egan, Alan and Dara Bulfsin from AB Contracting Services.

When they started dairying five years ago they installed a new 10 tonne V-Mac silo from McAree Engineering. Padraig checked around with members of their discussion groups to get their valued opinions and they recommended the V –Mac silos.

According to Padraig “They were not the cheapest but were the best value for money due to their being trouble free and long life. Since we installed the McAree silo we never had to look at it. We clean it out every so often and the 6” side spout at the bottom of the cone is very handy for filing a meal barrow if we want to feed other stock.”

He went on to say that “when we ordered the feed silo, the McAree team advised us on preparing the concrete base. After about two weeks when the concrete was cured the bin was erected in less than two hours. So we are very happy with our decision to deal with McAree Engineering.” 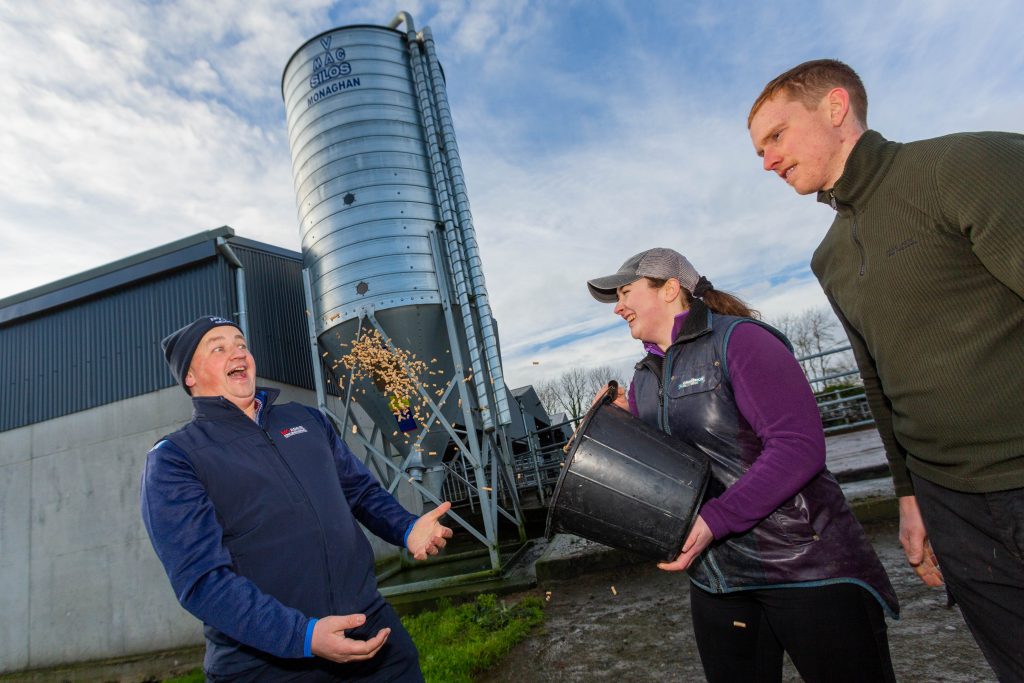