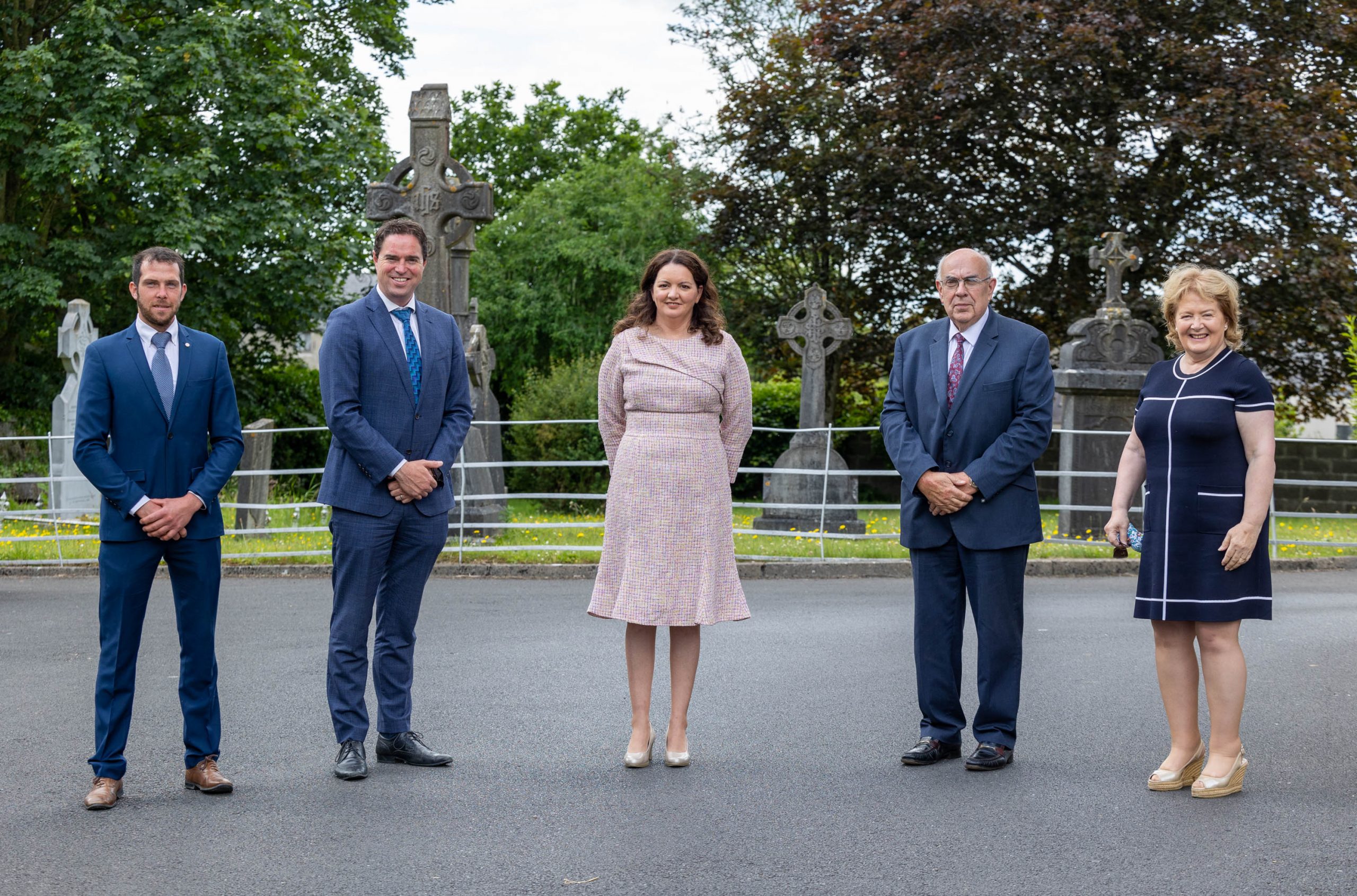 Liam Rohan was a popular farmer who represented Ireland many times at the World Ploughing Championships. Like most farming families the Rohan’s experienced great and invaluable support from neighbours and friends but were surprised to find that there was little or no emotional or practical support networks available to farm families suffering such loss.

So, they established Embrace FARM which remembers those who have lost their lives, have been injured, supports survivors of farm accidents, their family members, friends and the wider community.

Speaking at the virtual remembrance service, founder Brian spoke about a recent trip to Aras an Uachtarain. He said: “Today we will remember all who have been affected by farm accidents in the 32 counties of our island. Farm families, extended family members, neighbours and friends who have lost a loved one and also those who have survived accidents. All of you are part of a story involving a long journey of loss, grief and trauma.

“Early last week Embrace FARM was kindly invited to Aras an Uachtarain by the President Michael D Higgins and his wife Sabina to be presented with a tree to acknowledge the work that Embrace FARM does. “What an honour it was to ring the Peace Bell in remembrance of all the lives lost and injured on the farms of Ireland.

“Embrace FARM are delighted and grateful to be joined today by the Most Reverend Denis Nulty, Bishop of Kildare & Leighlin, Canon Patrick Harvey and Fr Paddy Byrne, who will lead today’s service with the help of our local resident musicians.

“We speak their names because they are a part of everything that we do, everything that we are. We speak their names because they are still, and always will be, a part of us.”
Brian Rohan read out the names of 228 deceased victims of farm accidents from the island of Ireland going back to 1945. Embrace FARM records show that 15 of these were from his own county Laois. Cork was top of the list with 33 deaths which is not surprising as it is the biggest county. Next on the list was Wexford with 18 deaths, Kilkenny had 17 deaths, Tipperary had 16 deaths and Galway had 8 deaths. There were 29 deaths from the 9 counties of Ulster.

John Keane, National President of Macra read a poem by Brendan Kennelly, Liam McCarthy from Portaferry, Co. Down and representing the ABP group did a reading from the book of Genesis (9: 8-17) while Mairead Lavery, Agri journalist who lost her father at 12 years of age was the key note speaker. Martin Heydon TD, Minister for State at the Dept. of Agriculture, Food and the Marine with special responsibility for Farm Safety etc. lit four candles representing the four provinces of Connacht, Leinster, Munster & Ulster.
A notable feature on the altar which took two hours to prepare by Embrace Farm volunteers were the photos of 105 farm accident victims. The service was filmed and by Kairos Communications based in Maynooth and live streamed on the Embrace Farm website.

Tina Cuddy led the group of local musicians with the instrumental accompaniment to the service. Their vocals and harmonious tones brought home the poignancy of the service in what it means to so many to have their loved ones remembered each year. This service will also be broadcast on RTE1 television station next Sunday, 4th July at 11am.