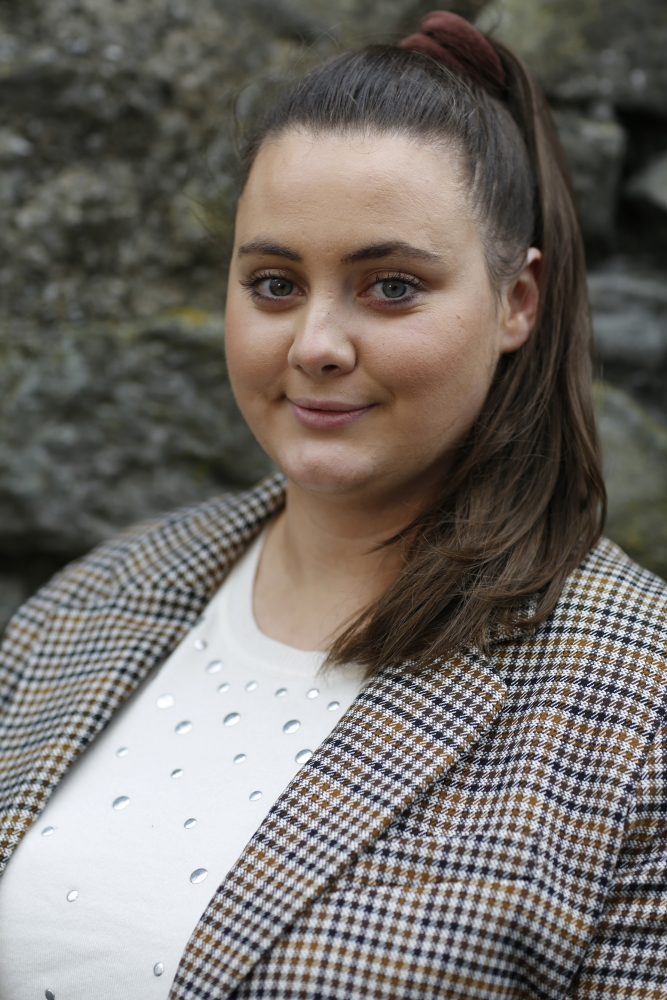 Deirdre McGowan has been appointed General Manager by the Irish Simmental Cattle Society, took up her position on Feb 7th    and will be based at the Tullamore office. Deirdre studied Ag Science at Waterford IT and qualified from UCD with a B.Agr.Sc degree. She then went on to secure an M.Sc in Agri Biotechnology (First class Honours) from Dundalk IT. The title for her thesis was ‘comparative analysis of two contrasting genotypes in sustainable beef production.’

Deidre hails from near Mohill in Co. Leitrim where the family breed pedigree Limousin and Shorthorn cattle. She has judged the Shorthorn breed, young handler classes and has exhibited cattle at livestock numerous shows.

Deirdre has also worked as an Inspector and School Competition coordinator for Certified Irish Angus. Prior to joining the Irish Simmental Cattle Society, Deidre was employed by Aurivo Coop marts (Ballymote & Mohill), the Midland &Western Livestock Improvement Society and as an Agricultural Consultant in Co. Donegal where she facilitated five beef knowledge transfer groups.

Commenting on the appointment, Emmanuel O’Dea, President of the Irish Simmental Cattle Society said: “We are very impressed with the energy and enthusiasm that Deirdre has towards the role.

“We feel that her experience as a pedigree breeder combined with education and experience in the mart/beef sector gives her a great skillset for the varying challenges that the role will bring.”

Concluding, the society president said: “We look forward to working with her to establish the Simmental breed as having a key role in improving the carbon footprint of both our dairy and suckler beef.”

Following her appointment, Deirdre said: “The Simmental breed is renowned for its excellent maternal abilities and commendable growth rates for their age and these traits are vital for economically sustainable and environmentally friendly beef production, which is important in today’s climate.

“I look forward to working with the Council of the Society and its members to promote the Simmental breed’s importance in both the beef and dairy herd.” For further info please contact Deirdre at 086. 333 0548 or email her at deirdre@irishsimmental.com  Also check out their website at www.irishsimmental.com

The Irish Simmental Cattle Society was established over 50 years ago and is now the no. 1 beef suckler breed in Ireland. Simmental cattle were first imported in 1971 by very discerning cattle breeders seeing a key role for the breed due to its high beefing qualities. This first importation of live animals came from Austria followed by importations form Switzerland, Germany, France and Britain.

Embryos and semen has also been imported from Canada, USA and Demark. This has resulted in the Irish Simmental population being very diverse. Irish breeders have focused on the beefing traits of the breed while ensuring that adequate milk supply is not lost.

The breed has grown steadily since its introduction here driven by demand from commercial farmers and a desire by pedigree breeders to move the breed forward. Now there are on average 2,500 pedigree registrations per year.

The popularity of the Simmental cow can clearly be attributed to her ability to calf any breed, having enough milk to maximise the performance of that calf. When high fertility and docility are added, it leaves Simmental in a very strong position within the National Herd.

ICBF data has resulted in the Simmental Breed coming to the fore as the most profitable BEEF breed. Simmental is the most consistent breed across all traits. Irish Simmentals have been exported to Britain, Canada and the USA in the past. Recently there has been a strong interest from Austria & Switzerland (countries of origin) as well as Denmark for semen from Irish bred bulls. It is the beefing qualities that are attracting this interest with many countries now seeing Ireland as an ideal source for Beef Simmental

Data released from Herdwatch indicates that Simmental calves had the best ADG (average daily gain) at 1.38kg/day. A total of 6,797 calves across 371 farms have had their weights recorded with the Herdwatch app between January 1 and November 28, 2018. During this period, for 2018-born calves the ADG across all breeds – equalled to 0.99kg/day. In 2017, the ADG across all breeds was 0.84kg/day.

Since 2012, the ICBF has been testing commercial ca­ttle in Tully (beef bull progeny performance test station). Over this time, 1,849 steers or bulls from all major beef breed have been tested. Assuming a birth weight of 42kg for all breeds, Simmental had the highest daily gains; pre-trial, on-trial and overall from birth. At the Tully trials the Simmental cattle were ready for the factory 40 to 50 days before other beef breeds.