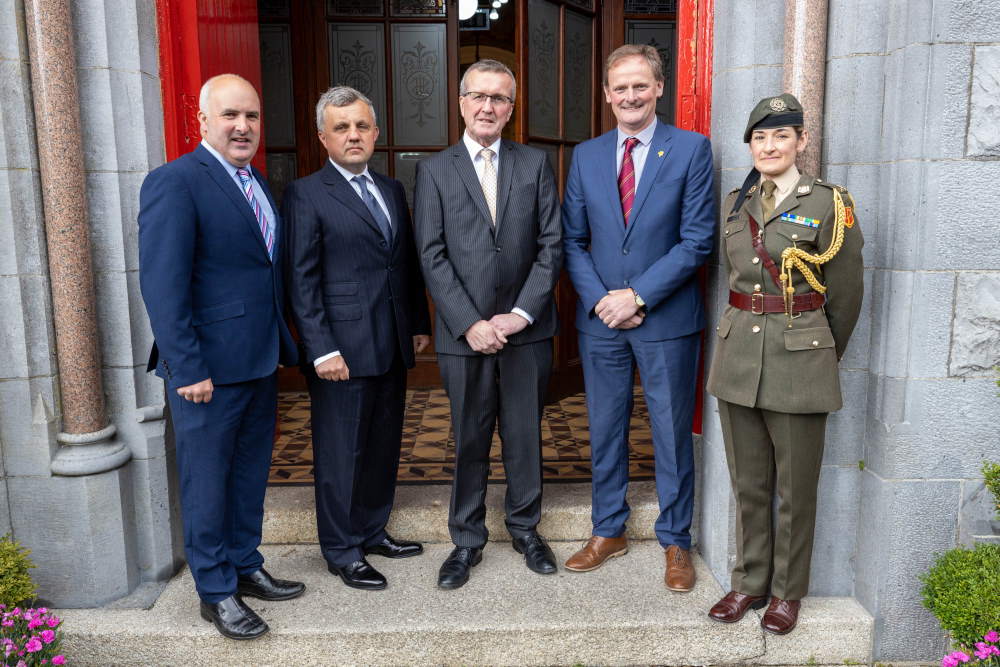 ‘Reconnection through loss’ grieving families gather to remember 255 persons lost to accidents and traumas on farms at the Embrace FARM Annual Remembrance Service.

Embrace FARM, the support network helping farm families grieving the loss of a loved one or those injured in accidents and traumas on farms on the island of Ireland, was delighted to welcome families in person to its annual remembrance service for the first time since the Covid-19 Pandemic began. The service will be broadcast on RTÉ 1 on Sunday 3rd July at 11.00am or can be viewed on www.embracefarm.com

Speaking at the opening address, Embrace FARM Co-Founder Brian Rohan said “The recent years have been difficult for those of us grieving the loss of a loved one with the isolation of the pandemic adding to the journey. This year we will again remember all those who have been affected by trauma from every corner of our island. Today, hopefully plays a part in your healing. We give thanks to all who are making this service today possible: Fr. Paddy Byrne, Parish Priest at Abbeyleix & Raheen; Canon Patrick Harvey, Rector of Abbeyleix & Killermogh Union of Parishes; and Tina Cuddy, who is directing our local musicians”

The most poignant point of the service was the rollcall of 255 deceased names of farm accidents and traumas. Read out by Norma Rohan, Co-Founder of Embrace FARM with Angela Hogan, Embrace FARM Director, names dating as far back as 1934 were submitted by the close families and friends of the deceased. Farm families present in person for the service were given a candle to light and placed on the altar near the photos of the deceased that lined the steps to be remembered.

Martin Heydon TD, Minister for State at the Dept. of Agriculture, Food and the Marine lit four candles from St Brigid’s flame. This candle is held by the Brigidine Sisters in Kildare and was re-lit as a perpetual flame in 1993 by President Mary McAleese, representing the four provinces of Connacht, Leinster, Munster & Ulster. Representatives from national farm organisations kindly read out prayers of the faithful in thanks and gratitude to all that support the agricultural industry in Ireland;

An Taoiseach’s ADC Commandant Claire Mortimer, presented a wreath to Mrs Brenda Flynn in memory of her late husband Kieran and their immediate family. The Flynn family will take the wreath home and place it on their family grave as a mark of respect and remembrance by the island of Ireland to represent all the final resting places of our loved ones lost suddenly on the farms of Ireland.

The Embrace FARM Annual Ecumenical Remembrance Service will be broadcast on RTE 1 on Sunday 3rd July at 11.00am. For further information visit www.embracefarm.com or on Facebook at https://fb.watch/dVlzb9qCnE/